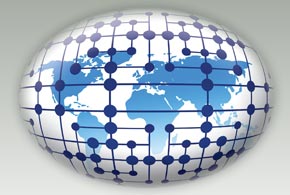 Thanks to the rise of cloud computing, software-defined wide area networks (SD-WANs) are red hot. Instead of backhauling all network traffic through a central data center, IT organizations want to be able to route traffic from a branch office directly to a cloud service provider over a business-class internet connection.

But not every IT organization has the resources or expertise required to manage an SD-WAN. Because of that issue, managed service providers (MSPs) such as VergX are now building services around the SD-WAN platform from Versa Networks.

Brian Fink, co-founder and board member of VergX, said that as organizations begin to appreciate the complexity of implementing SD-WANs, many of them are signaling that they would prefer to rely on a managed service provider that’s capable of managing all their remote office installations via a single console.

VergX, said Fink, opted to partner with Versa Networks because it developed an architecture that enables VergX to deploy an SD-WAN as a virtual network function (VNF) that eliminates the need to roll in a truck to set up an SD-WAN. The network function virtualization (NFV) framework needed to manage those VNFs is built into the Versa Networks platform.

Mark Weiner, Versa Networks’ chief marketing officer, said the company expects MSPs to become a major route to market for SD-WANs as IT organization move to replace edge routers that are not nearly as flexible.

Many of those MSPs, Weiner added, can steal a march on larger carrier rivals that are developing open-source frameworks to implement an NFV framework. Most of those frameworks, however, are not expected to be widely deployed before 2020 at the earliest. That means Tier 2 MSPs should be able to enjoy a unique competitive advantage for several years.

Better still, it won’t be too long before the SD-WAN becomes a platform through which a host of other services are delivered, including the management of security in a remote office. Add in all those additional services, and it becomes apparent that computing at the edge of the network now represents a massive new opportunity for MSPs.