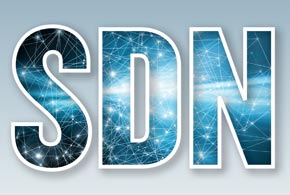 At an AT&T Partner Exchange event, the telecommunications behemoth unveiled a bevy of network and collaboration services that it is looking for partners to resell on top of a standard X86 platform. As part of the company’s broad push into the realm of software-defined networking (SDN), AT&T has unveiled AT&T FlexWare, a platform through which partners can resell a variety of network functions that get delivered via industry-standard servers.

Known as a Virtual Network Function (VNF), FlexWare is an initiative through which AT&T wants to work with partners to replace the physical network and security appliances that clutter networks with software that provides the same capabilities, said Sue Galvanek, vice president of marketing, pricing and product solutions for the AT&T Partner Exchange program.

“We offer three different size boxes,” she said. “That gives partners some options in terms of the types of customers they want to go after.”

The company also announced AT&T Collaborate, a cloud-based service that provides access to voice communications, video and a suite of collaboration tools, as well as a wireless wide area network that AT&T is positioning as a complement to existing wired networks. WWAN would be implemented as a backup in the event that a wired network was unavailable.

Galvanek said that AT&T is looking for partners capable of reselling both a box that gets installed on premises and additional VNF software and associated network services. To make that simpler, she added, AT&T has curated an online store through which partners can download everything from firewalls to load balancer that get installed as a VNF. Partners can either programmatically deploy those VNFs by invoking REST application programming interfaces (APIs) or by accessing them via an AT&T portal.

Most of the profits that partners generate through this program will have to come from services, said Rajesh Ghai, an industry analyst with International Data Corp. “There’s not a lot of margin on the box or the VNFs,” he pointed out.

That may require some adjustments on the part of partners that have specialized in reselling a variety of network and security appliances, Ghai added.

At this point, however, the transition to SDNs is a matter of when, rather than if. The challenge—and opportunity—for solution providers is to determine whether they want to rely on vendors such as AT&T to provide a comprehensive SDN platform or craft one themselves using a variety of commodity components.