The Four Faces of EMC 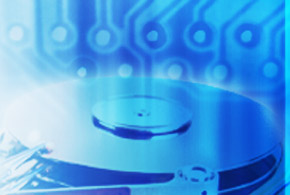 EMC wants to engage channel partners with four distinct parts of the business. The first is the parent company, which makes most of its money selling storage systems. The other three are VMware, RSA and the new Pivotal business unit that’s focused on application development.

While committed to working collaboratively, each of the EMC business units is free to partner with whomever it chooses. Collectively, EMC is looking for all four business units together to contribute $23.5 billion in revenue, with the channel accounting for roughly 50 to 60 percent of that.

EMC also aims to reward its partners more for selling solutions that include components from its various business units. To help foster that effort, the company announced at the EMC World 2013 conference, May 6 to 9, that it is preparing to retire a Velocity channel program that company executives say is too focused on resellers in favor of a new program that will be rolled out in early 2014 and will better address the larger channel community of resellers, integrators and developers.

“We want to remove factions and silos in the program,” said Jeremy Burton, EMC executive vice president for product operations and marketing. “We want to be able to drive customer transformation.”

The primary areas of focus for each of the major EMC business units are as follows:

RSA: Drive the adoption of security intelligence applications that identify threats before they affect IT.

Pivotal: Create the platform on which next-generation cloud computing applications will be developed.

As part of an effort to make it easier for channel partners to navigate all these offerings, EMC also promised to revamp its partner portal and add support for Apple iPad devices.

EMC also moved to make it easier for both partners and customers to do business with the company by allowing customers to treat its backup and archiving products as elements within a larger EMC Data Protection Suite that can be swapped out as customers’ needs evolve.

According to Chris McLaughlin, vice president, IIG channel sales and alliances at EMC, one of the primary reasons the company needs a new approach to the channel is that customers are increasingly demanding turnkey products and cloud services that require a new approach to selling. He said that instead of looking to IT services companies in the channel to configure a system or install the base level of an application, customers are requiring vendors and partners to deliver services that are higher up the value stack.

“Customers want us to understand their business processes and then deliver templates that optimize those processes,” said McLaughlin. “They want us to move higher up the value stack.”

Partners who are already moving in this direction are enjoying significant success and “want to capture incremental value in IP [intellectual property],” he added.

In addition, McLaughlin notes that EMC is already seeing more partners reselling IP development by other partners on top of EMC platforms, such as the Documentum document management system. That activity, however, may also be spurring significant merger and acquisition activity across the EMC channel, as partners look to invest more in unique intellectual property to add differentiated value.

Whatever forms that IP takes, McLaughlin said customers are insisting on having the flexibility to consume it any way they want—whether on-premise or in the cloud. Therefore, solution providers need to be able to move seamlessly between delivery models.

The issue, of course, is that there is no shortage of competitors pursuing the same opportunities as EMC.

“We’re definitely playing for big stakes,” said Burton. “And, make no mistake; there will be big winners and big losers.”

Michael Vizard
Michael Vizard is a seasoned IT journalist, with nearly 30 years of experience writing and editing about enterprise IT issues. He is a contributor to publications including Programmableweb, IT Business Edge, CIOinsight, Channel Insider and UBM Tech. He formerly was editorial director for Ziff-Davis Enterprise, where he launched the company’s custom content division, and has also served as editor in chief for CRN and InfoWorld. He also has held editorial positions at PC Week, Computerworld and Digital Review.
Previous articleLenovo Lays Out Its Mobile, Cloud Ambitions
Next articleWestcon Packages Up Mobile Management Service