12 Key Facts About the True Costs of Data Breaches 12 Key Facts About the True Costs of Data Breaches

Organizations can reduce the cost of breaches when they have the right processes and protections in place to minimize exposure, a new study concludes. 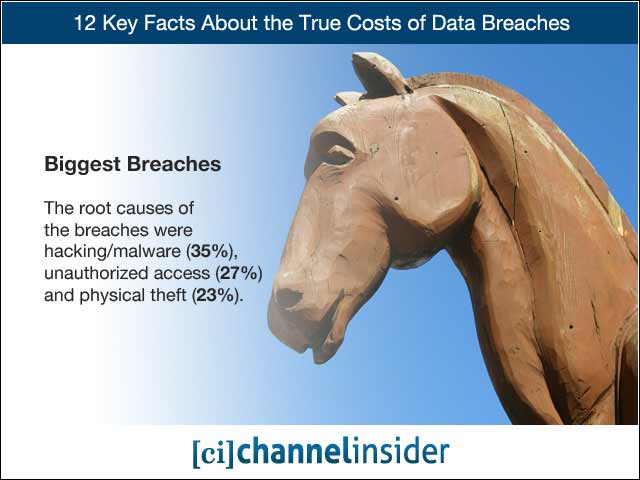 The root causes of the breaches were hacking/malware (35%), unauthorized access (27%) and physical theft (23%). 81% of companies had a data classification program prior to breaches, keeping the cost of clean-up low for the majority of companies. 62% of companies had to notify customers, while 64% said their breach did not receive media attention. Sensitive financial data was breached in 42% of the breaches; 27% of those companies still pay for credit monitoring services, 23% for information hotlines and 19% for credit card reissuance fees. 50% of companies used in-house services only, while 46% used a combination of in-house and third-party services and 4% relied on external consulting support. 73% of companies also used internal counsel, while 19% hired outside counsel that specialized in post-breach services. More than 50% of companies said cyber-insurance was not applicable because they did not have a policy (28%) or they were self-insured (28%). Additionally, 16% said their total losses were covered, while 12% said losses were only partially covered. 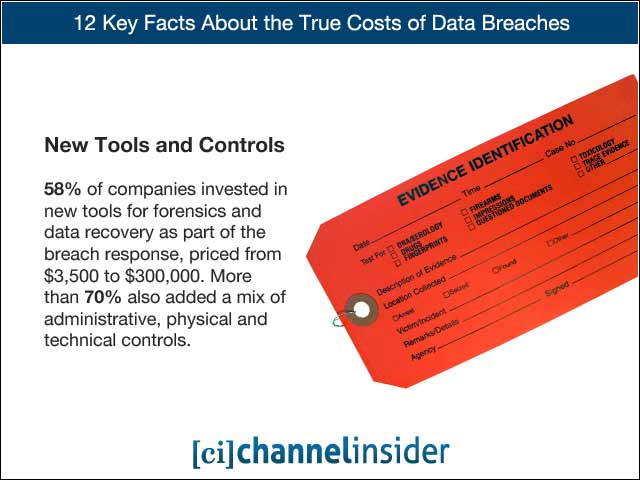 58% of companies invested in new tools for forensics and data recovery as part of the breach response, priced from $3,500 to $300,000. More than 70% also added a mix of administrative, physical and technical controls. Pre-breach recommendations: catalog major business processes; identify processes that handle critical or sensitive data; create an access control system; identify what assets hold or carry that data; determine what data is likely to be stolen, and determine the types of disruptions.