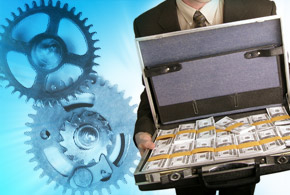 There’s room for improvement when it comes to ISVs’ relationship with the channel. Both stand to make lots of money if they can work more collaboratively. 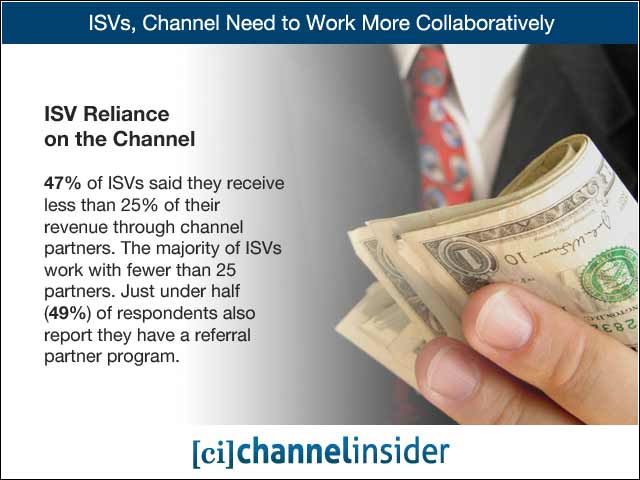 ISV Reliance on the Channel

47% of ISVs said they receive less than 25% of their revenue through channel partners. The majority of ISVs work with fewer than 25 partners. Just under half (49%) of respondents also report they have a referral partner program. The top priorities are recruiting more partners and training partners, at 21%, followed closely by investing in marketing programs with partners (18%). Recruiting the right partners (25%) and improving their partners’ technical competencies (22%) are the top two channel goals for ISVs. Amount of Focus on Channel Partners

Only 60% of the ISVs surveyed review and cut nonperforming partners, and only 14% do so systematically. 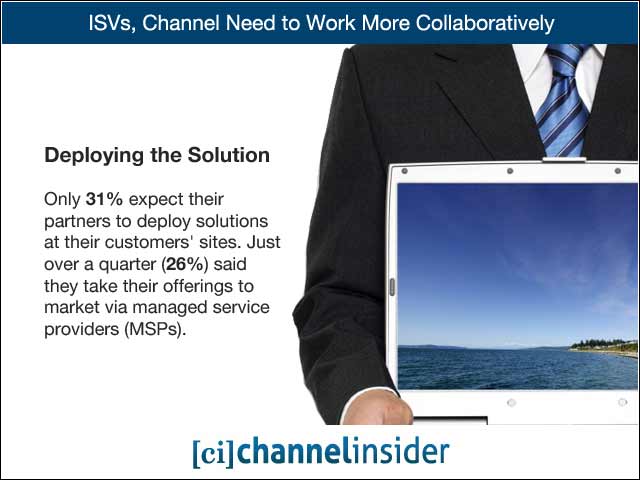 Only 31% expect their partners to deploy solutions at their customers’ sites. Just over a quarter (26%) said they take their offerings to market via managed service providers (MSPs). Well over half (60%) said that “selective recruiting of partners” is their most relevant tactic for recruiting. Over a third (39%) of ISVs said that this was the most important method that they use for channel recruiting. What ISVs Think Makes Them Attractive to the Channel

Innovative technology tops the list, at 38%, followed by strong demand and good margins, both tied at 31%. More than half (57%) give all their partners the same margin. In the cases where margins differ, the reasons given include that the ISV has created a tiered channel program, whether a partner has committed to a business plan or if they are referral partners. Most ISVs surveyed offer between 10% and 20% as a base margin rate. Only 33% of ISVs offer any additional margin for deal registrations. Only 23% said they provide channel partners with leads. The most popular joint marketing activity is to provide partners with materials for them to co-brand. Depth or Relationships With the Channel

25% do not receive forecasts from their channel partners, while only 5% said they now have partners providing sales forecasts that are as good as, if not better than, those of their own sales teams. Only 40% said they their channel teams create written business plans with their partners. 67% said their sales teams are encouraged and compensated to work with the channel. Only 20% said they do not pay their reps on channel business closed in their territories. In situations when the ISVs compensate their sales reps, 35% are compensated on the “net” amount of the deal, while only 15% “gross up” their compensation to recognize the full amount paid by the customer. Almost two-thirds of ISVs said their sales or channel teams take responsibility for training partners. Very few (15%) ISVs require partners to pass a certification test. One fifth (20%) of the ISVs surveyed either don’t offer any training or they rely on partners to train themselves. Only 3% of the respondents rated “avoiding conflict with our direct reps” as a major frustration. Only 40% stated that they had partner-engagement policies.

Michael Vizard
Michael Vizard is a seasoned IT journalist, with nearly 30 years of experience writing and editing about enterprise IT issues. He is a contributor to publications including Programmableweb, IT Business Edge, CIOinsight, Channel Insider and UBM Tech. He formerly was editorial director for Ziff-Davis Enterprise, where he launched the company’s custom content division, and has also served as editor in chief for CRN and InfoWorld. He also has held editorial positions at PC Week, Computerworld and Digital Review.
Previous articleJuniper Opens API to Drive Programmable Services
Next articleWhat Service Firms Seek in an IT Channel Partner