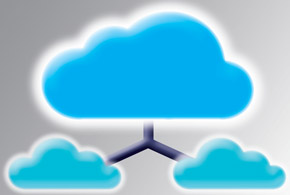 As part of an effort to enlist partners to drive the adoption of hybrid cloud storage, Cloudian launched its first formal channel program.

“We sell 100 percent through the channel,” said Paul Turner, Cloudian chief marketing officer. “With the cost per gigabyte of storage so low in the cloud, customers are eventually going to be putting a lot more data into the cloud.”

After raising $44 million in funding, Cloudian provides both HyperStore 5.0 software that partners can deploy on existing infrastructure or they can opt to deploy an appliance developed by Cloudian. In either scenario, Cloudian enables organizations to make a smooth transition to object-based storage services, Turner said.

Cloudian hasn’t made any commitments to other cloud storage services. Given the volume of activity surrounding the AWS ecosystem, demand for cloud gateways that make it easier to leverage AWS across a hybrid cloud is already strong, Turner said, adding that Cloudian already has more than 70 petabytes of storage under management.

While it’s not likely that primary storage is going to move to the cloud any time soon, Cloudian allows organizations to store data locally and then move into the cloud for secondary storage or archiving.

Researchers at Gartner predict that by the end of 2017, nearly half of large enterprises will have adopted hybrid cloud environments.

There are many ways to approach hybrid cloud storage. But given the dominance of AWS, there are already a lot of customers predisposed to a particular cloud service, which should give Cloudian partners the inside track when it comes hybrid cloud storage involving AWS, Turner said.

Michael Vizard
Michael Vizard is a seasoned IT journalist, with nearly 30 years of experience writing and editing about enterprise IT issues. He is a contributor to publications including Programmableweb, IT Business Edge, CIOinsight, Channel Insider and UBM Tech. He formerly was editorial director for Ziff-Davis Enterprise, where he launched the company’s custom content division, and has also served as editor in chief for CRN and InfoWorld. He also has held editorial positions at PC Week, Computerworld and Digital Review.
Previous articleIndependenceIT Upgrades Its Cloud Workspace Suite
Next articleHybrid Cloud Computing Sees Growing Acceptance