1. Get Working On Rebuilding Palm 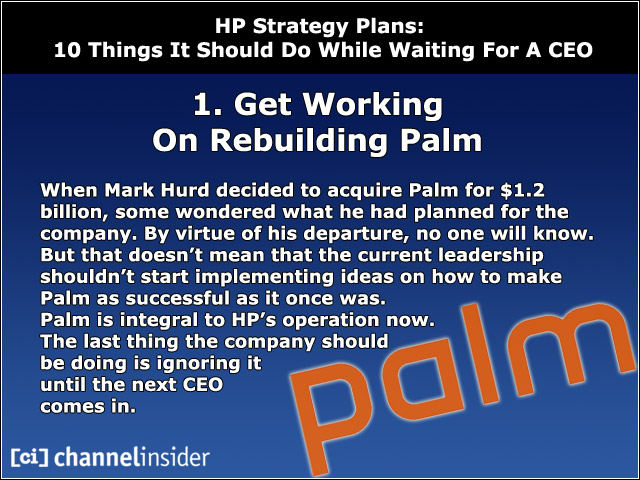 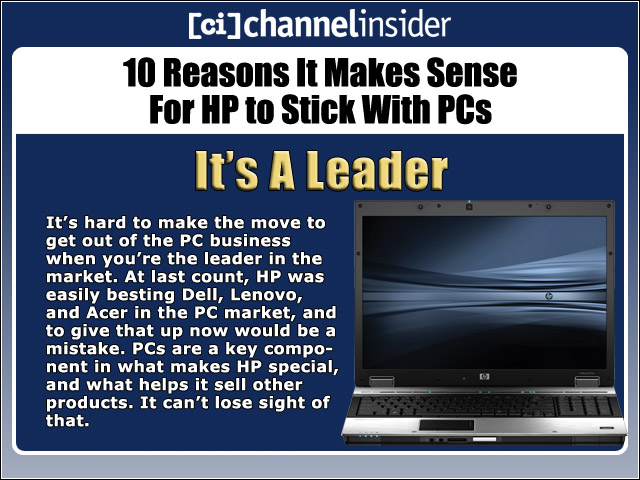 1. Get Working On Rebuilding Palm

When Mark Hurd decided to acquire Palm for $1.2 billion, some wondered what he had planned for the company. By virtue of his departure, no one will know. But that doesn’t mean that the current leadership shouldn’t start implementing ideas on how to make Palm as successful as it once was. Palm is integral to HP’s operation now. The last thing the company should be doing is ignoring it until the next CEO comes in. 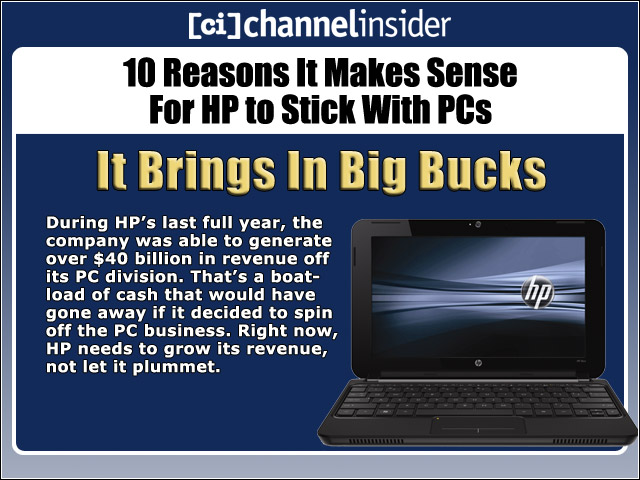 After figuring out what to do with Palm, HP should get to work on improving WebOS. One of the main reasons why HP acquired Palm was for its mobile operating system. But if it allows that potential to slip until the next CEO comes on board, it’s a missed opportunity. The clock is ticking on WebOS. Alternatives like Android OS and iOS are growing by the day. 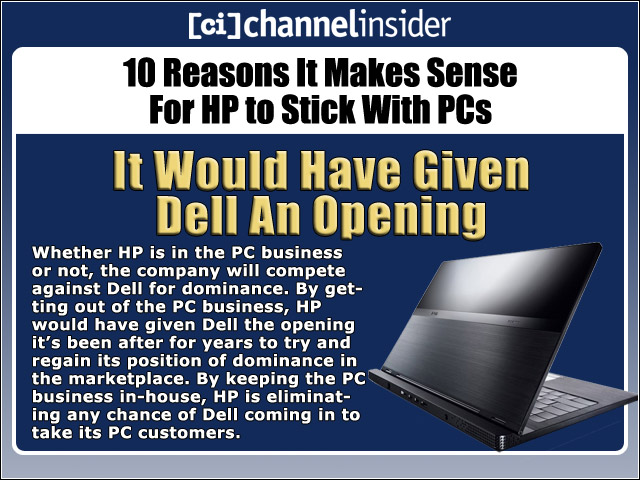 3. Keep the Pressure On Dell

One of the biggest threats facing HP is Dell. When Mark Hurd was shown the door, Dell undoubtedly felt that it had a chance to once again supplant HP as the dominant player in the PC market. Current leadership at HP needs to make it clear to Dell that that won’t happen. Through the use of sales, innovative new ideas, and better computer designs, HP can keep Dell at bay, and focus on finding its next leader. 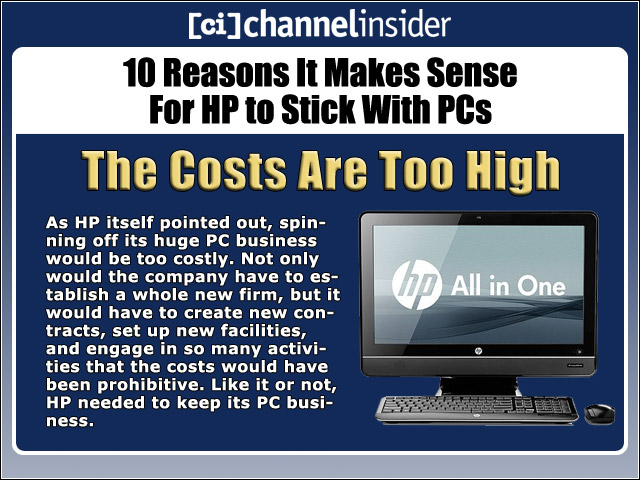 Mark Hurd was arguably one of VARs’ most beloved CEOs. He realized their value and he did everything he could to provide products and customer relationships that would make their jobs easier. And by doing so, he increased HP’s market share by quite a bit. Going forward, HP’s current leadership cannot allow the company’s commitment to VARs to waver. There is too much at stake for VARs to consider going elsewhere for their needs. 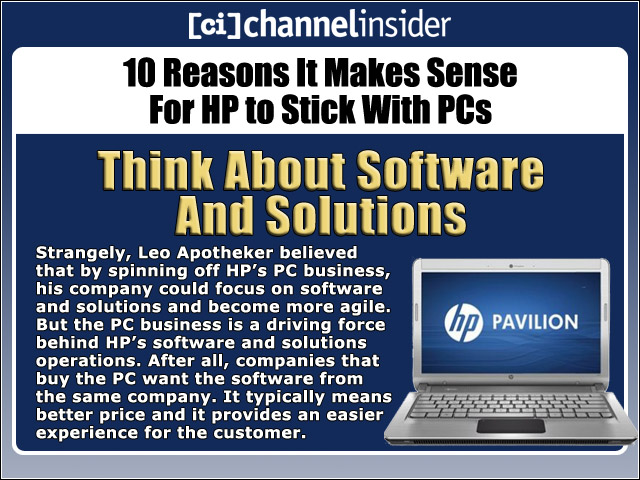 5. Invest In the Cloud

The cloud is the future. Mark Hurd proved that when he bought Palm for its WebOS platform. But now it’s time for HP’s leadership to prove it understands that, as well. More companies are looking towards the cloud to increase their operational efficiency. If HP can capitalize on that, the company will go a long way in being successful. If not, the current leadership could leave a big mess for the next CEO to clean up. 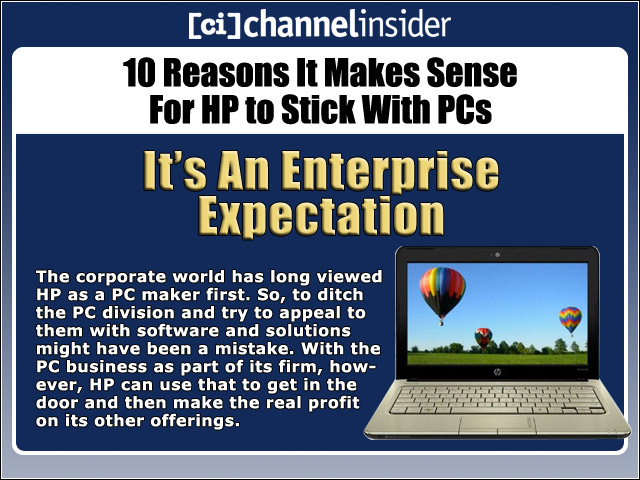 If Mark Hurd delivered anything to HP, it was a vision. He believed that through the use of strong relationships with computing stakeholders, a firm grasp on consumer desires, and perhaps most importantly, a focus on the corporate world, he could make HP a dominant player in the industry again. He succeeded. Given how successful HP has been over the past five years, it’s probably best to follow Hurd’s lead. 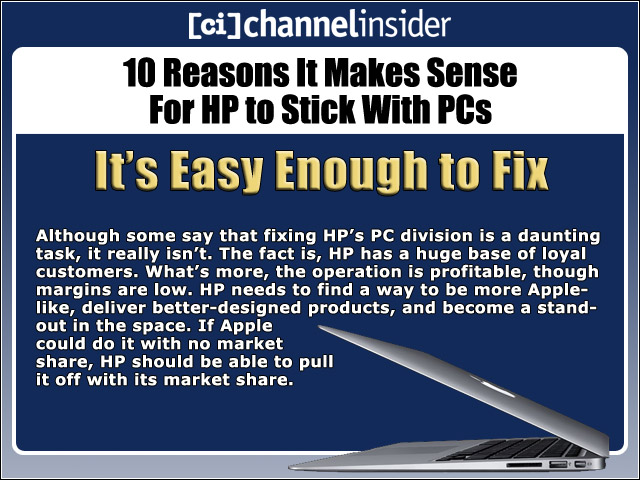 Palm has a long and storied history in the smartphone market. To simply ignore smartphones now because Hurd is gone would be a major mistake. Apple’s iPhone and the Motorola Droid X continue to sell well. HP has the ability to become a major player in the smartphone market with the right strategy and a vastly improved WebOS. It can’t let that opportunity pass it by because it’s wondering what its next leader will do. 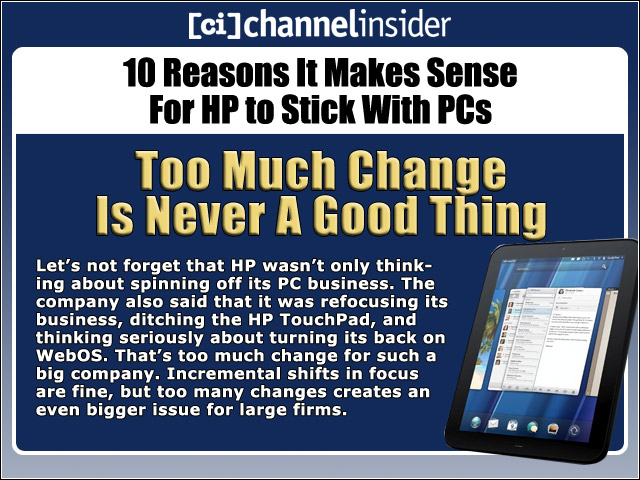 8. Deliver Tablets Sooner Rather Than Later

HP has been making promises for tablets since the beginning of the year. In January at CES, Microsoft CEO Steve Ballmer said that his company’s Windows 7 operating system would be running on the HP Slate. Since then, the market has heard little about the tablet. HP has also said that it plans to deliver a Web OS-based tablet. What is it waiting for? The iPad is selling well and Cisco plans to deliver its Cius tablet to corporate customers. HP needs to get in on that now. 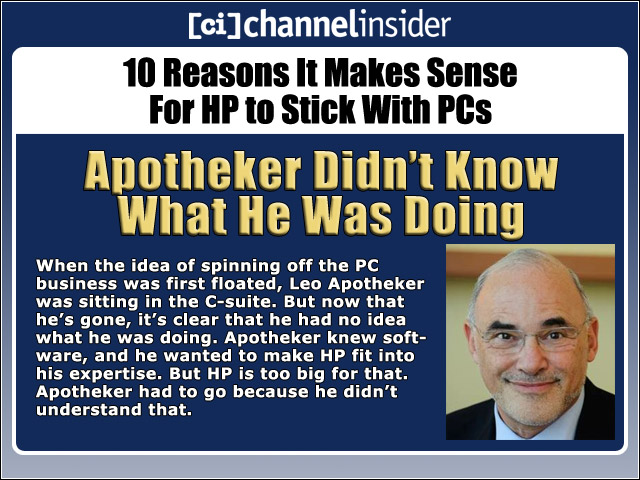 Although there are several technology decisions HP’s current leadership needs to think about, the company should also be careful with its next CEO pick. The first reaction to losing an influential CEO is to find a new one right away. But given how complex HP’s business is, and how much is at stake, the company should take as long as it needs to get its decision right. If it doesn’t, the issues that will arise because of its poor decision will be worse than it imagines. 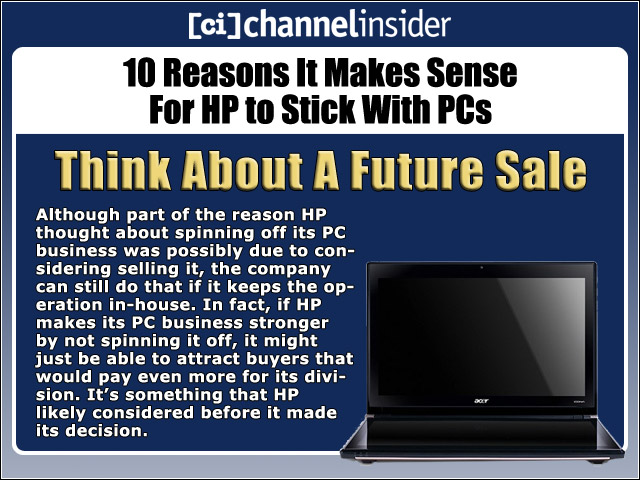 Before tablets became so successful, all the talk in the corporate and consumer markets surrounded the viability of netbooks. But with tablets came the realization that netbooks were being pushed out. Realizing that, it might be time for HP’s leadership to think twice about investing heavily in netbooks.