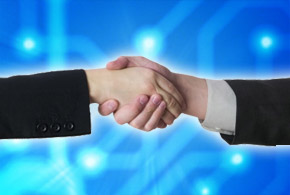 Oracle’s announcement of its  $9.3 billion planned acquisition of NetSuite is sending not only a signal about how serious it is about becoming a major force in the cloud, but it also an acknowledgement of how critical a role the channel plays in profitably bringing these application services to market.

Not too long ago, conventional wisdom held that most software-as-a-service (SaaS) applications would be consumed by organizations that signed up on their own to consume them. In reality, it turns out the cost of acquiring customers, getting them to expand the use of those applications and getting them to renew their contracts is a major sales endeavor. In fact, it’s one of the major factors contributing to why the majority of the providers of these applications are still not profitable, which in turn makes them more susceptible to being acquired.

“One of the major trends you’re seeing here is that the master brands are starting to take over,” said Bruce Guptil, an industry analyst with Information Services Group. “A lot of the investors in these companies tend to underestimate what it takes to really succeed.

In contrast, Guptil notes that vendors such as Oracle have already absorbed the cost of building out both direct and indirect sales channels.

Of course, speculation about Oracle’s acquisition of NetSuite has been rampant since the company was first founded 14 years ago to deliver ERP applications in the cloud. As one of the primary investors in NetSuite, Oracle chairman Larry Ellison has quietly championed NetSuite’s rapid expansion.

In contrast, Oracle itself has been much slower to shift the balance of its portfolio to the cloud. The upside from the perspective of Oracle and its existing partners is that NetSuite historically focused on the small and midsize (SMB) space, in which Oracle has been traditionally weak.

“Oracle has tried a number of times to break into the SMB space,” Kaplan said. “And lately, NetSuite has been nibbling around the enterprise.”

The acquisition of NetSuite is only the latest in a series of similar moves by tech giants. SAP and IBM, in particular, have been especially aggressive in this regard. Now Kaplan notes that industry insiders are waiting to see if there will be additional acquisitions of SaaS application providers, such as ServiceNow and Workday.

In the meantime, Kaplan notes that one of the great ironies of the rise of cloud applications is that rather than being disintermediated, solution providers across the channel are generating significant profits by integrating these applications with existing legacy systems.

“It turns out there’s a lot of demand for integration,” Kaplan said. “The integrators are making more money than anybody.”

Michael Vizard
Michael Vizard is a seasoned IT journalist, with nearly 30 years of experience writing and editing about enterprise IT issues. He is a contributor to publications including Programmableweb, IT Business Edge, CIOinsight, Channel Insider and UBM Tech. He formerly was editorial director for Ziff-Davis Enterprise, where he launched the company’s custom content division, and has also served as editor in chief for CRN and InfoWorld. He also has held editorial positions at PC Week, Computerworld and Digital Review.
Previous article
API Provider Plight: Pitfalls Despite Potential
Next article
Who Needs a Channel? Maybe You

How IT Vendors Can Attract Channel Partners