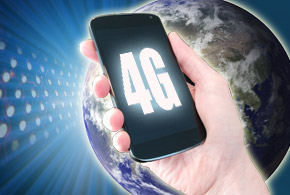 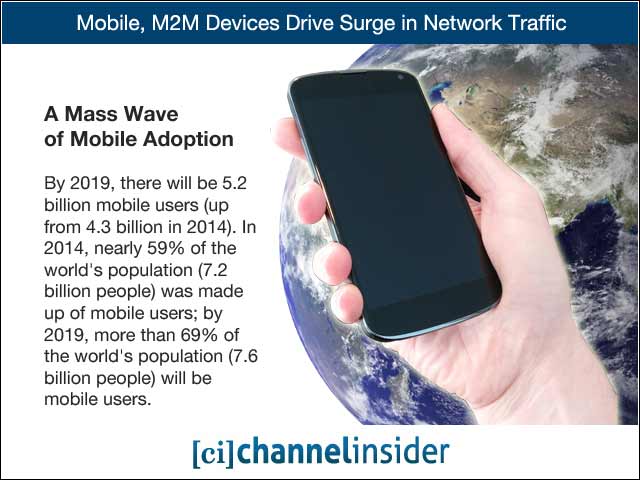 A Mass Wave of Mobile Adoption 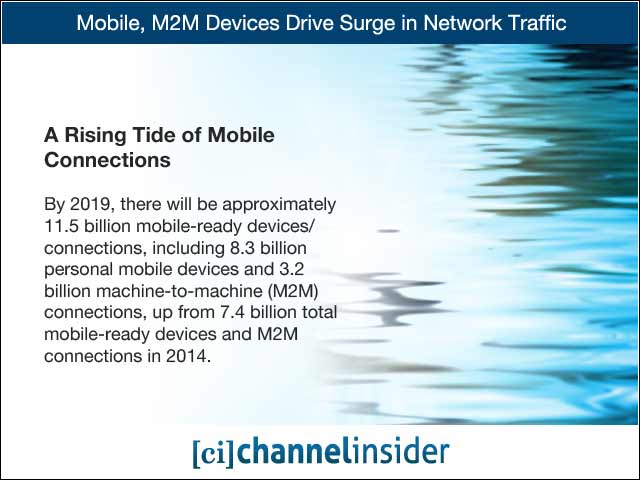 A Rising Tide of Mobile Connections 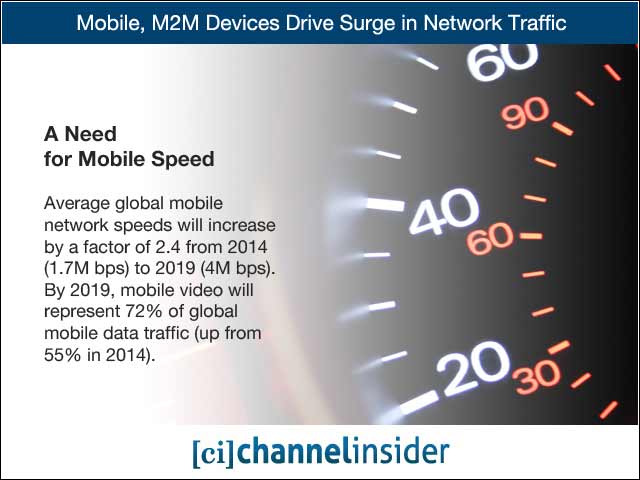 A Need for Mobile Speed Exabytes Upon Exabytes of Mobile Data 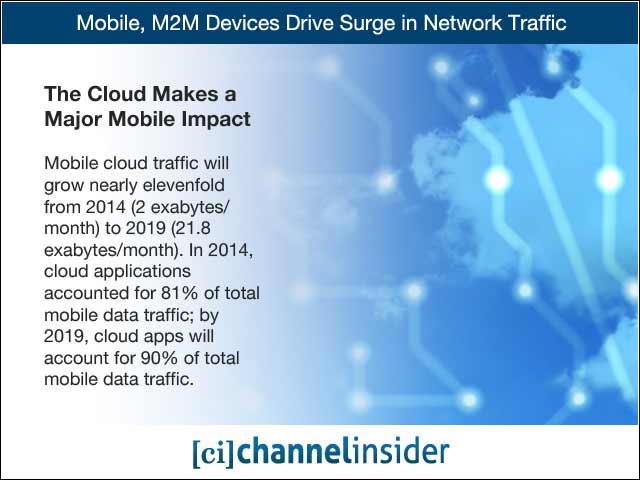 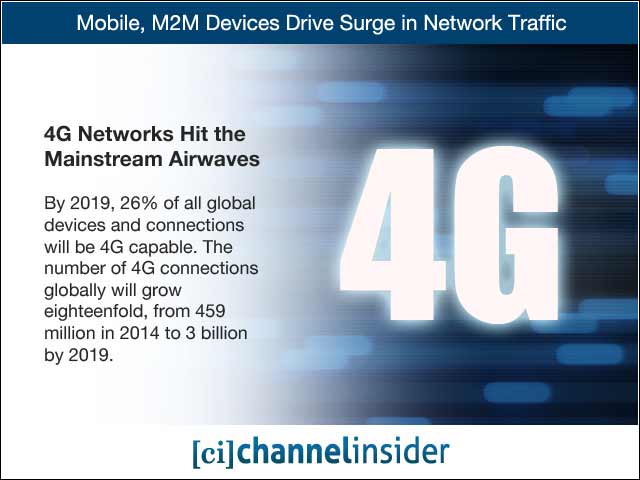 The Rise of Wearable Devices

The number of wearable devices globally will grow fivefold, reaching 578 million by 2019, up from 109 million in 2014. This is expected to fuel eighteenfold growth in mobile traffic from wearable devices between 2014 and 2019, with most of it channeled through smartphones. In 2014, the average wearable device generated 6X more traffic per month than a basic handset.

Michael Vizard
Michael Vizard is a seasoned IT journalist, with nearly 30 years of experience writing and editing about enterprise IT issues. He is a contributor to publications including Programmableweb, IT Business Edge, CIOinsight, Channel Insider and UBM Tech. He formerly was editorial director for Ziff-Davis Enterprise, where he launched the company’s custom content division, and has also served as editor in chief for CRN and InfoWorld. He also has held editorial positions at PC Week, Computerworld and Digital Review.
Previous article
Lenovo Takes the Hassle Out of Channel Sales
Next article
IBM Consolidates Channel Organizations Into One Team