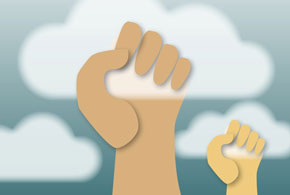 In a move designed to significantly expand its partners’ market opportunities, Datto acquired OpenMesh, a provider of networking and security infrastructure managed via the cloud. OpenMesh will now be known as Datto Networking, a business unit that will operate alongside Datto’s existing data protection platform for managed service providers.

OpenMesh has been making headway in the small-to-midsize business (SMB) sector by allowing MSPs to remotely manage network infrastructure in a way the sharply reduced the number of trick rolls they may have needed to make previously, said Matt Richards, vice president of product marketing for Datto.

That approach mirrors the way the company approaches backup and recovery services, so Datto quickly came to perceive OpenMesh as a natural complement, Richards said. “Network connections are all built into a self-healing platform,” he added.

Initial reactions from Datto partners have been positive. AcumenIT CEO David Pence said it will soon roll out a service that allows customers to completely consume networking infrastructure as a service.

The MSP will retain ownership of the entire network infrastructure deployed on a customer’s premises, with regular upgrades provided. Most of that equipment will be supplied to AcumenIT at near cost as part of licensing the Datto cloud management platforms, said Pence.

That solves a critical problem for customers, he added, because the rate at which wireless networks, for example, are being upgraded is occurring faster than most customers can depreciate the networking equipment they purchase.

Because the network infrastructure is all managed via a platform that Datto Networking will provide, Pence said that AcumenIT will not need to invest in as many networking specialists to support a service that can be set up and delivered using IT generalists. “There’s going to be a lot less need for certifications,” he added.

Over the next four to five years, Pence said AcumenIT expects that most networking infrastructure in the midmarket will be consumed as a service. “You already see this happening with the shift to Office 365 for email,” he said.

Whether that approach ultimately winds up with customers consuming more IT infrastructure at a faster rate remains to be seen. But the one thing that is clear is that from an operational perspective, it figures to be a lot more profitable.