The Changing Landscape of IT Distribution 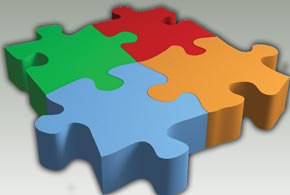 In the beginning, there were aggregators, and manufacturers who saw that buying could be consolidated said, “This is good.”

This was long before the emergence of the cloud and other modern-day products and services that would reshape the distribution landscape.

Back in the 1980s, the early days of the IBM PC, Compaq, Apple and other manufacturers, the rise of aggregators, such as Connecting Point, Entré, Intelligent Electronics, MicroAge and others, represented an excellent solution to a big problem. That was when IBM selected Sears Business Centers, Nynex Business Centers and the nascent ComputerLand franchise chain as resellers in its new channel program.  Prior to that, “nobody but IBM could sell IBM,” so selling to these large chains meant broader distribution of their new small computers without having to carry swelling ranks of receivable accounts.

Aggregators fit this model perfectly.  Small, local computer retailers became part of one or another of these buying groups so they could offer their customers these exciting new products.

The Emergence of Distributors

With co-marketing and fee agreements emerging, it wasn’t long before the need to belong to the chain became burdensome.  Several companies, including Micro D, Intelligent Electronics and others, merged to become Ingram Micro. Meanwhile, Steve Raymund was creating Tech Data with a pure logistic distribution model that made it possible for channel partners to operate with minimal inventory and better credit facilities, improving their cash flow.  Many others would follow.

While the early aggregators functioned primarily as buying cooperatives making it possible for resellers to purchase products to sell, this new age of distributors quickly realized that they could provide much more that would attract more resellers to them than to their competitors.

In a March 2006 Channel Insider column, Raymund wrote about the advantages of IT channel distribution.  “The ultimate question should be ‘Is this the best way to increase shareholder value?'” wrote Raymund, currently Tech Data’s chairman.

Raymund was addressing the growing concern that manufacturers might choose to eliminate the middle man and start selling directly to resellers. However, his vision was much larger.

“We’re not focused on developing the next great product,” he wrote. “We’re dedicated to finding the next great way to help our customers penetrate new markets and overcome unique business challenges, predominantly in the SMB space. They know that our success depends exclusively on theirs. In fact, we’re helping foster new opportunities by connecting our customers with each other for broader geographical coverage or diversification into new technology areas and vertical business segments.”

Innovation and real support, both business and technological, would be what would separate one distributor from another.

“In the last few years,” explained Paul Bay, executive vice president and chief executive of Ingram Micro U.S. and Export, “we’ve seen the relationship change [between Ingram and its customers] as we moved from being a logistics partner to an indispensable business partner.”

Bay expanded upon this, adding, “We are involved in our partners’  businesses in so many more ways than ever—no longer about getting this product to this place fast, although we do that too, but about education, resources such as field technology consultant, professional services and support around disruptive technology, such as mobility and cloud.”

Pete Peterson, who recently left Tech Data after 19 years, most recently as senior vice president of global business development, agreed.  “In the past 10 years, there’s been a major transformation driven by the macro-dynamics such as cloud and its impact. Mobility, social media. Those things have had a major impact on how we partner, how we go to market,” said Peterson, now vice president of global channel sales at networking vendor Brocade. “In the end result, this has made the partnership between the partner and the distributor a lot more strategic.”

Raymund’s original model may have simplified the relationship with resellers, making it easier to finance and obtain products, but over the past 20 years, the need for further support became an opportunity to differentiate via added value.

“The distributor being in the middle of the relationship between the vendor and the reseller was built around access to working capital in terms of receivables financing and available inventory,” explained Peterson. “Now there’s a much greater synergy in how we go to market together. Distributors are helping with demand gen on behalf of the vendors in partnership with resellers.  It’s a much stronger partnership.”