The Disappearing Integrator: A Cautionary Tale 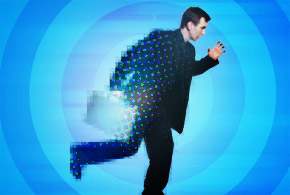 “Integrator.” It’s a word many channel partners have used to describe themselves: “systems integrator,” or “network integrator,” for example.

The term “integrator” refers to professionals who select preferable hardware from various manufacturers and preferable software from various providers and combine them to create superior solutions. The missing link in the middle between Dev and Ops.

The Cloud Changes the Definition

Long ago, some enterprising integrators realized that some of the solutions they were building on customers’ premises would be deployed far more effectively in their own data centers. Rather than building a complete data backup solution for each customer, they could build one in their own data center and allow many customers to use it. Each customer would pay a fraction of the cost of operations plus a healthy profit margin and still pay less than they would for their own. Taken together, the fractions of the cost collected from each customer could add up to several hundred percent of the actual total cost, creating a fantastic level of profit. Thus, cloud computing was born.

The ability to host multiple customers on a single infrastructure, which enabled these enterprising integrators to create cloud computing, was fundamentally based on the concept of virtualization. Rather than a direct one-to-one proportion of another server machine for each new customer, the cloud integrators were able to create multiple “instances” of a server operating system on each server, meaning that one server machine could host many customers. One storage network could provide storage for many customers.

Desktop virtualization removes the limitations of bandwidth, allowing users to become increasingly mobile without losing the efficiency of a client device on a local network. The user experience remains robust while the user becomes ever more portable.

Application virtualization in platforms like Docker and Google Kubernetes replace the traditional monolithic app with a modular assembly of containers. Each container holds within it a specific functionality, a microservice that will be called by other microservices as necessary to perform its function.

Because it contains its code, the OS kernel it needs to run, all the libraries, storage specifications and other resources it depends upon, the container does not require much from the host it is running on, so it becomes highly portable and able to run across multiple cloud networks and systems as necessary to serve the user. It’s resilient, too, because a malfunctioning container is quickly discarded and replaced with a new one as necessary.

A theme emerges: It’s all about portability—the ability to have the data you need, the application you need to work with the data and all other relevant resources always available to you, wherever you may be and on whatever device you may have. Leveraging virtualization to create cloud systems that run container-based microservices enables incredible, almost effortless portability.