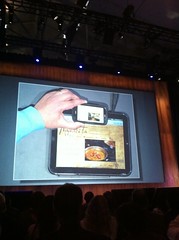 Joe Panettieri at MSPMentor reports yet another MSP merger/acquisition deal – the 15th he’s tracked in 2011. This one, in Western Canada, has VODA Computer Systems Ltd. and Graycon Group Ltd merging.

Meanwhile, over at Channelnomics, Larry Walsh offers seven tips he’s gathered for MSPs who are looking to sell. He also provides some color around the deals, saying many MSP business sales are coming in lower than what owners expect. Plus, he provides numbers on another deal.

Over at Microsoft, the company has been preparing for what it views as its opportunity in desktop virtualization. As The VAR Guy reports, Microsoft has released the community technology preview (CTP) for Windows Thin PC. The software is a “locked down” version of Win7 that can be installed on old PCs so that they can still be used as thin clients. Seems like a smart move for Microsoft in an age where companies have resisted updating hardware and looked for ways to extend the lives of existing PCs. Especially because users are also accessing their work environments from a variety of devices such as phones and tablets. The way people access their work environment is undergoing a fundamental change.

The VAR Guy writes: “At first glance, The VAR Guy thought Windows Thin PC sounded an awful lot like Windows Fundamentals for Legacy PCs…But, factor in virtualization to the equation, and The VAR Guy thinks this technology has legs since the re-purposed machine is simply a conduit and not doing any actual processing.”

Many Microsoft partners will be headed to the Microsoft Worldwide Partner Conference in July in L.A. (I’ll be inside in the air-conditioned conference rooms, thanks you.) Now Redmond Channel Partner’s Scott Bekker reports on the release of SOME session information for the conference. In case you want the preview, you can check it out here.

Things are changing at the EMC/VMware/Cisco joint venture, also known as VCE. For instance, Frank Hauck, EMC’s executive vice president and a member of the EMC executive office of the Chairman, will serve as in the new position of president of VCE, according to a CRN report. He’ll report to Michael Capellas, chairman and CEO of VCE.
http://www.crn.com/news/storage/229400563/long-term-emc-executive-appointed-vce-president.htm  Look for this organization to put more attention on the channel.

The war between HP and Oracle was still on big time last week as the tech titans clashed over the future of Intel’s high-end server platform, Itanium. This week at its Americas Partner Conference, HP urged partners to take their displeasure with Oracle’s decision to drop Itanium support back to Oracle, CRN reports.

You couldn’t meet with an HP executive at APC without seeing that executive flaunt a WebOS-based phone. Plus, executives were flashing HP’s Touchpad tablets around (“Don’t touch it!” Stephen DiFranco warned me, although the guy in the demo booth was happy to let each person hold the coveted device just one time. He quickly wiped their fingerprints off with a blue washcloth…)  The prominence of WebOS devices at the event led Robert Dutt to wonder, is the channel HP’s secret weapon to win WebOS market share in the fast moving market of mobility? I don’t know if it’s a secret one, but it’s certainly the best one I’ve heard of so far. What do you think?

Jessica Davis
Previous articleDell Pans iPad as Too Complex, Costly for Business
Next articleThe State of the Security Workforce 2011