Inside the Mind of the Digital CIO 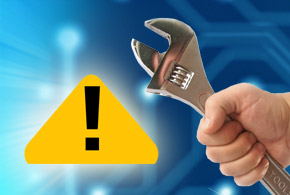 Inside the Mind of the Digital CIO

Solution providers should note that while there is more dependence on outside help than ever, the places where CIOs are looking for the most help are changing. 66% of CIOs view digital disruption as a very significant change to business. Only one in 10 (11%) believes their organization will be unaffected. Almost two-thirds believe they are well-equipped to gain an advantage over competitors, but just a little more than one in four organizations (27%) have a digital strategy that extends enterprise-wide, and nearly the same percentage (26%) only have one in parts of their organization. The Rise of the Chief Data Officer

Almost one in five CIOs now work with a CDO, up from 7% last year, and an additional 5% of CIOs report hiring is under way for a CDO in 2015. In organizations where there is no CDO, the CMO is most likely to lead digital business strategy (34%), followed by the COO (26%) and then the CIO (14%). The perceived strategic influence of CIOs is up 2 percentage points in 2015, to 68%. The proportion of CIOs claiming exclusive ownership of digital is up 8% from last year, while CIOs who “share” the digital function is up 7%. Conversely, sole ownership of digital by marketing is down from 40% last year to 24% today. 56% of CIOs believe the most important component of successful digital activity is having an IT infrastructure that allows greater innovation/agility, alongside using digital to create new revenue streams (56%), and using mobile platforms to engage with customers (54%). Biggest IT Priorities in Next 12 Months For a third of CIOs (34%), a lack of vision is the biggest challenge they face in responding to digital disruption, followed by a lack of funding (30%) and a lack of critical skills/poor understanding of digital impact (29%). IT infrastructure rollouts generally go well, while offshoring existing IT functions abroad seems to suffer the lowest rates of success. In the case of the three lowest-performing business project areas (big data, ERP and offshoring), CIOs report that a majority are unsuccessful. All but one project type (big data implementation) received a lower rating in 2015 than in 2014. Nine in 10 CIOs report that a cyber-attack could damage the operations and positive brand image of the company. Four in 10 CIOs worry that great damage would be inflicted. Only 23% of CIOs believe they are very well prepared against cyber-attacks. One quarter (25%) reported their organizations had to deal with a major security incident in the last 12 months. 59% said a technology skills shortage is preventing them from keeping up with the pace of change. Big data analytics, project management and business analysis top the list of most-needed skills. The proportion of CIOs who plan to increase their technology headcount is at a five-year high in 2015. More than four in 10 now look to hire new talent in the coming months, but nearly 90% have some or great concern about holding on to their best staff. Seven in 10 leaders run their organizations with at least three quarters of the team employed on permanent contracts. Only one in five CIOs source half or more of their staff on flexible/contingent contracts. More Dependency on Outside Help Where External Help Is Needed Most

Demand for software app development seems to be falling, from 60% of CIOs in 2010 to 53% today, while data center demand is growing, from 50% in 2011 to 53% today. Networks and software maintenance outsourcing seems to be going out of fashion, with both declining over the past six years. Over the past five years, the biggest factor driving outsourcing needs has related to skills, with half of CIOs saying they increasingly use outsourcing partners to access skills not in-house and/or to free up internal resources. 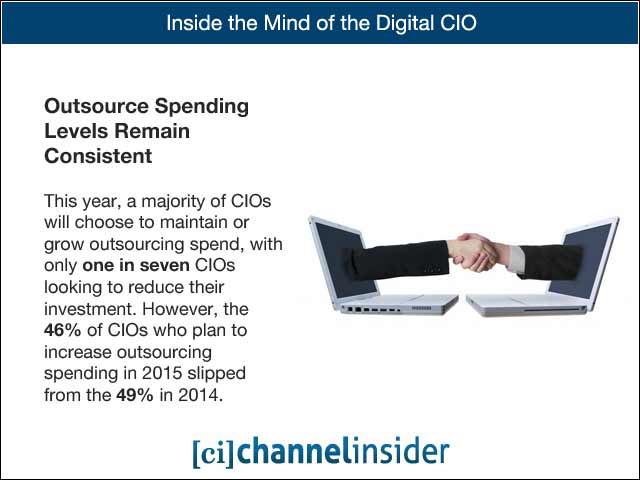 This year, a majority of CIOs will choose to maintain or grow outsourcing spend, with only one in seven CIOs looking to reduce their investment. However, the 46% of CIOs who plan to increase outsourcing spending in 2015 slipped from the 49% in 2014. 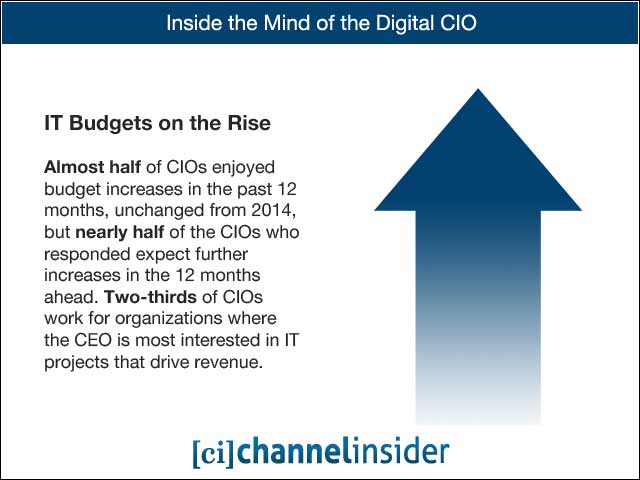 IT Budgets on the Rise

Almost half of CIOs enjoyed budget increases in the past 12 months, unchanged from 2014, but nearly half of the CIOs who responded expect further increases in the 12 months ahead. Two-thirds of CIOs work for organizations where the CEO is most interested in IT projects that drive revenue. The largest proportion of CIOs (46%) give up less than 5% of their IT budget to be controlled/managed outside the IT organization, but up to one in five CIOs (19%) do not have control over a quarter or more of their IT budgets.