Investments in open source are way up. A full 97% of hiring managers reported that they will bring on Linux talent in the next six months. 42% of hiring managers said that experience in OpenStack and CloudStack will have a major influence on their hiring decisions. Security and Network Skills Are at a Premium

Nearly a quarter (23%) reported security is a sought-after area of expertise and 19% are looking for Linux talent with software-defined networking (SDN) skills. 44% said they are more likely to hire a candidate with Linux certification, and 54% expect either certification or formal training of their systems administrators. 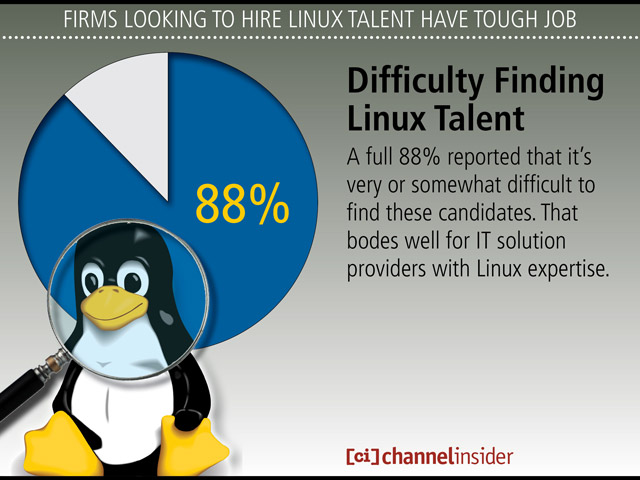 A full 88% reported that it’s very or somewhat difficult to find these candidates. That bodes well for IT solution providers with Linux expertise. The majority of hiring managers (70%) said their companies have increased incentives to retain Linux talent, including 37% that are offering more flexible work hours and telecommuting and 36% that are increasing salaries. 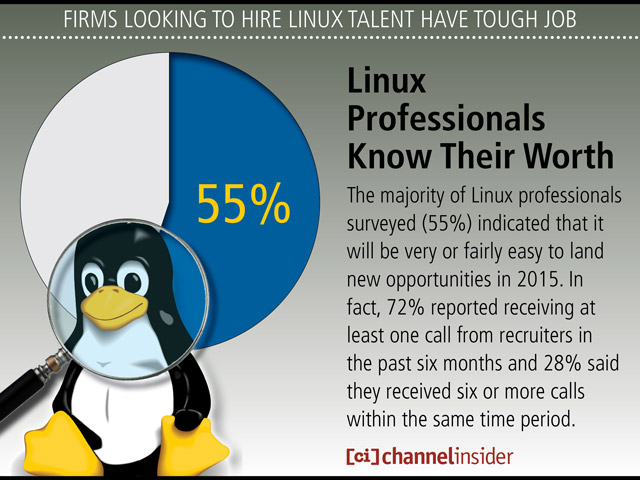 Linux Professionals Know Their Worth

The majority of Linux professionals surveyed (55%) indicated that it will be very or fairly easy to land new opportunities in 2015. In fact, 72% reported receiving at least one call from recruiters in the past six months and 28% said they received six or more calls within the same time period.